I read a really interesting blog post from Lynsey over at Narratively Speaking on the decision publishers make to change jackets halfway through series and what effect this decision has on the most important people in the chain - the fans who have already supported an author (and therefore publisher) in buying the first book(s) in the series. Without these readers, there'd be no scope for further books in that series at all and publishers bank on fans buying the next in a series from the same author, so why are we forcing them to buy books that don't match - or worse, encouraging them to buy books they already own in a different design?


It gots me thinking. I sympathise with the desire to have a neat collection of books in the same design on a shelf - and as a publisher, when I brief a jacket for a book I know will be a series, I brief with a series look in mind, so that readers will be pleased with the view of lots of perfectly co-ordinated spines on their shelf, like so: 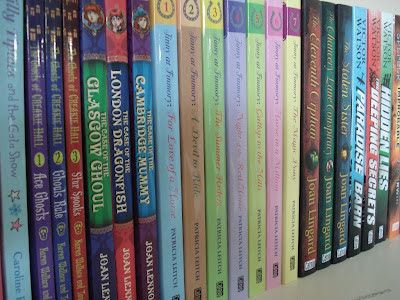 
Sometimes you need to rethink your covers. And here's why.


1) The market moves on. We published DRAGON RACER by Margaret Bateson-Hill in 2008 and in 2011, we published LEGACY OF FIRE - second in the series. A jacket that was competitive in 2008 isn't so strong in today's market - we wanted something that cashed in on the excitement a reader would feel when flying through the skies with our heroine on the back of a dragon and I think it works. We're poised to brief a rejacket of book one to bring it in line with the new series look. 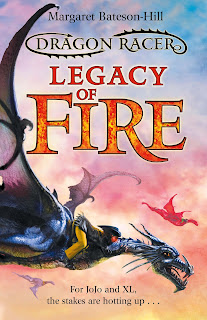 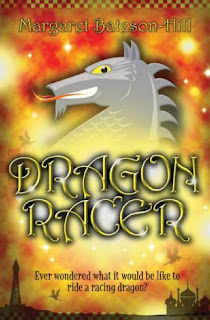 2) Booksellers. Booksellers have a massive influence over jacket design. I mean MASSIVE. There are stories of books whose covers have been redesigned solely on the feedback gained at one key accounts meeting – and that could have been one (very important) person's opinion. Booksellers have the best overview of what covers are coming out and they know which ones look too samey, or too dull before a publisher might. Plus they know what consumers go for by looking at what shifts on the shop floor. So if a Head Honcho at a Big Bookselling Place indicates that your series would be doing much better if you brought it more in line with a different bestselling series, then you will listen.


3) A second bite at the cherry. Giving your books a new look? Then you have created a chance to re-sub 'backlist' books to booksellers as if they were new. The speed at which a book becomes backlist is scary and sometimes, you really really want to be able to give a book another chance and since booksellers don't really have time to look at exactly the same book twice, a new cover is one way to do this. 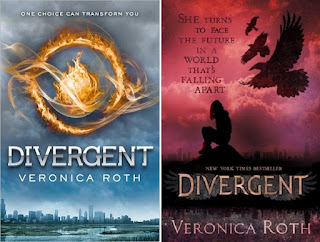 5) Sometimes you made a mistake. I have no idea what the sales of Divergent were like in the UK, but I do know that I didn't hear enough people talking about it outside of the blogosphere and the grapevine tells me that the wonderful gender-neutral cover didn't appeal to UK readers. The mistake HarperCollins made was to trust the UK audience, who I think were damn fools not to pick up the original jacket – the Catnipper's daddy loves this book but made gagging noises at the new jackets. But still, this is a series pitched to rival The Hunger Games and I believe it's teen girls who made that one work, not 31-year-old publishing husbands, so the new jackets target this audience more accurately.

But really, all the above points are the same point: publishers rejacket books to make more money. Not from ripping off the lovely lovely fans who already support us and our authors, but by attracting new ones whose eye we didn't catch the first time round.


So, bookfans, publishers really do appreciate you taking one for the team and having a higgledy piggledy bookshelf. Believe me, we are on the same team because the only reason publishers want to make as much money as possible from each book we publish is to allow us an excuse to spend it on commissioning new ones.
Posted by Catnip at Thursday, July 19, 2012 6 comments: 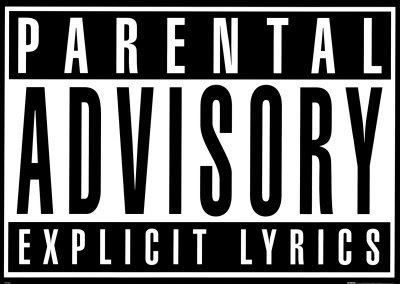 So all the exciting things happen when I'm not looking. I missed a BBC Breakfast debate between GP Taylor and Patrick Ness, although I have managed to get the gist of it from The Guardian. Dammit, I love a censorship discussion!

So, the pros and cons of age-ranging children's books is a wide and muddled conversation, one that inevitably brings out a bit of table thumping and tutting. And there are so many tangents to follow that an impassioned, involved party could write A WHOLE BLOG POST that veered off the topic they aimed to cover. (I deleted it.)

This is the blogpost I aimed to write and it is not about the desire for age-ranging in an age of  internet booksellers. It is about self-censorship.

Ness is quoted as saying that "Children are great self-censors: they know what they can read and they know what they want to read". This is something I've been saying for a very long time - possibly since I was someone who might have been censored at, if I'd had that kind of upbringing.

I believe that, unlike adults, children only read what they actually want to. If it's not of interest to them, they stop reading. That, essentially, is self-censorship, and it is grounded solely in the power of boredom. Underestimate it at your peril.

"But," you might say, "we're talking about YA books that may contain SEX, SWEARS and VIOLENCE." Then you pause and whisper that other headline-grabbing concept, "Books that might contain... DARKNESS."

My argument that teens read adult books containing such things holds no water here because we're talking about books that are specifically marketed to a teen audience. Books that court the attention of teenagers may well contain all of the above to a greater or lesser degree, partly because these things, treated well, are of interest to this age group. Surely external censorship measures should be taken to ensure that an over-eager eleven-year-old doesn't happen across a sex scene, or a bout of unadulterated, potty-mouthed violence, or WORSE STILL some... darkness?

Well. No. Because you did not heed my warning and you have failed to take into account the Power of Boredom.

People who call for books to be censored do not believe that a precocious reader can encounter a sex scene that they're too young to understand, and that the reader simply... finds it boring. Or that a child whose nose wrinkles at violence in a computer game could easily accommodate a passage of a pitched battle between two cage-fighters because they'll skim it if they don't like it. Too many inappropriate swear words? Then the narrative/dialogue will start to drag for that reader, and they'll phase out the words they don't want to listen to. And the darkness? Well, darkness is pretty sophisticated, something created by the space between the words. If you're not interested in it, then the writing will seem a bit... dull. And if any of it is too much, they'll simply put the book down and not bother to pick it up - after all, all us publishers are forever fretting over all the other distractions fighting for a potential reader's attention.

The child you're worried about reading this stuff is not the teen who falls squarely within the intended age bracket, but the pre-teen who reads up. And why on earth would you want to deter such a voracious reader (or their parents) by slapping a warning on the books that he or she might get the most from in terms of language and concepts? These kids are smart. Trust them. They won't tolerate being bored.

Slap an explicit warning on YA and you'll lose that trust.

July 1st is Canada Day, a holiday traditionally – ritually – celebrated in my house by inviting friends to visit dressed in vaguely Canadian outfits and eat vaguely Canadian food, whilst drinking beer that's as close to Canadian as we can get from our local Tesco. There's no particular reason for this – our household is about as Canadian as Yorkshire pudding, but any excuse to don my "ironic" Celine Dion tour T-shirt...


So, as I celebrate with Celine, here's a list of five things you can blame/praise Canada for:


RYAN GOSLING: Hottest man on the planet? Maybe... y'know, if you have EYES. Also, Canadian. 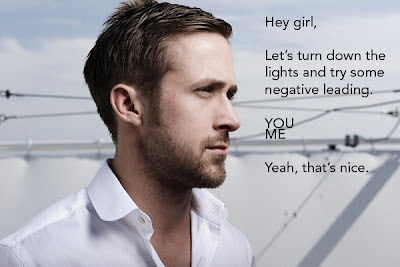 
THE CANADA GOOSE: No, not an antecedent of Mr Gosling, but those black-hooded, big-winged birds that decorate the sky with pretty flying-V formations.


DUE SOUTH: According to the Catnipper's daddy everyone likes the TV series Due South, so, by definition, you must. Even if you haven't seen it.


CANADA DRY: This was the only soft drink available in my grandparents' house circa 1987. As far as I'm concerned it is best appreciated when lapped from a saucer to the opening chords of The Archers whilst pretending to be a cat. Go on, try it...

Last but not least... 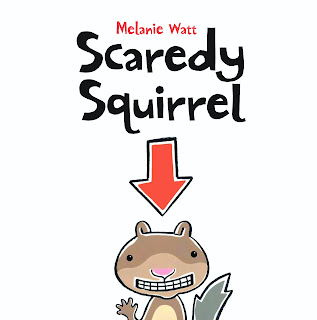 SCAREDY SQUIRREL: Catnip's very own, very special Canadian import is definitely the best thing to come out of Canada since, well... all the above.


I hope I haven't missed out your favourite Canadian thing? If so, feel free to share the love in the comments below!
Posted by Catnip at Sunday, July 01, 2012 2 comments: