Why I commissioned...DIGGING IN THE DARK 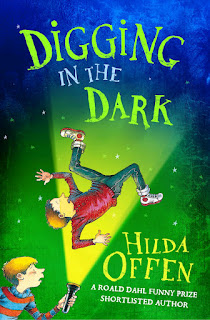 Twitter style summary: Josh's geeky cousin Malcolm is obsessed with archaeology and constantly digs stuff up. So why is he avoiding new TV series Iron Age Britain?
Hilda Offen is a fantastic author/illustrator who's long-established career incorporates a Smarties Prize winner (Nice Work Little Wolf), several picture books and first readers as well as a recent shortlisting for The Roald Dahl Funny Prize for The Galloping Ghost.
Digging in the Dark is a book that follows in the same vein as The Galloping Ghost, but this time, instead of plagiarised poetry, it's Josh's cousin's obsession with archaeology that gets him into trouble. "Archaeology?" I hear you say. "That sound pretty safe territory..." But not in Hilda's hands.
When cousin Malcolm comes to stay it takes Josh, his sister Izzy and his mum by surprise. His parents turned up, left him and the ran off - what's all that about? But Josh is a well-brought up boy and tries his hardest to make Malcolm feel welcome. He shouldn't have bothered. Malcolm, is pretty hard to like, not only because he's downright rude, but also because despite professing to love history, he quite obviously has no idea what he's talking about. And another thing - there's a new TV series called Iron Age Britain starting where contestants have to live on a remote Scottish Isle as Celts, something that sounds right up Malcolm's street, but whenever it's about to come on, Malcolm finds a way to switch it off.
Hilda's writing is gently witty and the first draft of this book had me smiling and chuckling right off the mark. Combined with her classic line drawings, this is a great read for a keen 7+, with plenty of familiar schoolground settings and a Josh's-eye-view look into slices of history that this age group have already encountered.
Hilda Offen knows exactly how to put together a book, she's in touch with her young readers, a delight to work with and her writing style is fresh and accessible. Part of her continued success lies in the fact that she has spent many years visiting schools and spending time with her readers, and continues to do so even when she could probably afford a little laurel sitting. You can catch her at Imagine Children's Festival on Saturday 18th February at 12-1pm and between 2-3pm where she will be in the Imagine Craft Pavilion. (I might be there too with certain little Catnipper...)
Every book of Hilda's reads like a classic and Digging in the Dark is no exception. There's a reason why Catnip has been publishing Hilda's work since the company started.
Posted by Catnip at Thursday, February 16, 2012 1 comment: 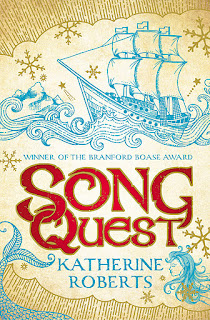