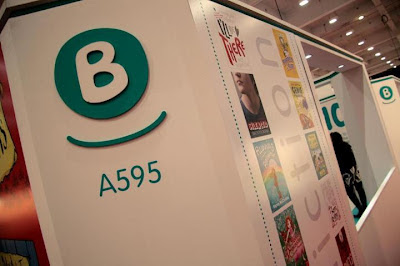 Another Book Fair, another blogpost. I really need to get on with actually posting a little more often...
London Book Fair is very different from Bologna: it's for more than just children's publishing; appointments aren't just about acquisitions; it's a shorter commute from my house and the coffee is much worse. It's an intense few days (especially if you don't map your route through the fair between appointments and allow for vital toilet/tea-drinking/toasted panini-eating time).
Here are some of the things that happened at the fair:
TTYL*
*If you know what this means without looking it up on the internet, you are more down with the kids than any of the audience at the Express Yourself seminar.
Posted by Catnip at Wednesday, April 18, 2012